MY TT - THE CHOICE

In early 2010, due to a number of problems with my old Ford Probe ( see comparative TT - Probe ), I thought it was time for a change of car.

I chose the TT for several reasons, level design, a pure sports (not just a sports version), a priori mechanical reliability, high quality manufacturing, typical of Audi, affordable cost of maintenance ... therefore fit into what I was looking for.

Having chosen a model, choose the version played.

I dismiss the Quattro for reliability, and I do not mean that the versions of the TT Quattro traction are not reliable, but it is clear that more components, more maintenance and more likelihood of failures. Also remember that the Quattro system is increasing the weight of the set, which affects performance and consumption. To all this must be added that the TT include ABS, ASR, EBD and ESP, so the behavior of front-wheel drive bay to a great height but not incorporated the Quattro system.
So it was determined the TT version that best suits my needs, a 180 hp FWD.

As for equipment, was interested in having as optional equipment:

yet, in terms of equipment, the highest rating given to the S-Line finished, finished it began to market from 2004 to 2005.

He spent time, about 4 months until I did not find unity in apparent good condition.

The car was given a TT 180 hp (FWD) 2005, blue metallic finish Full S-line, and 85,000 km marker, a drive, presence of at least , was well preserved. However, finally he could not reach an agreement with the sale, and did not complete the transaction.

Here some pictures of that unit: 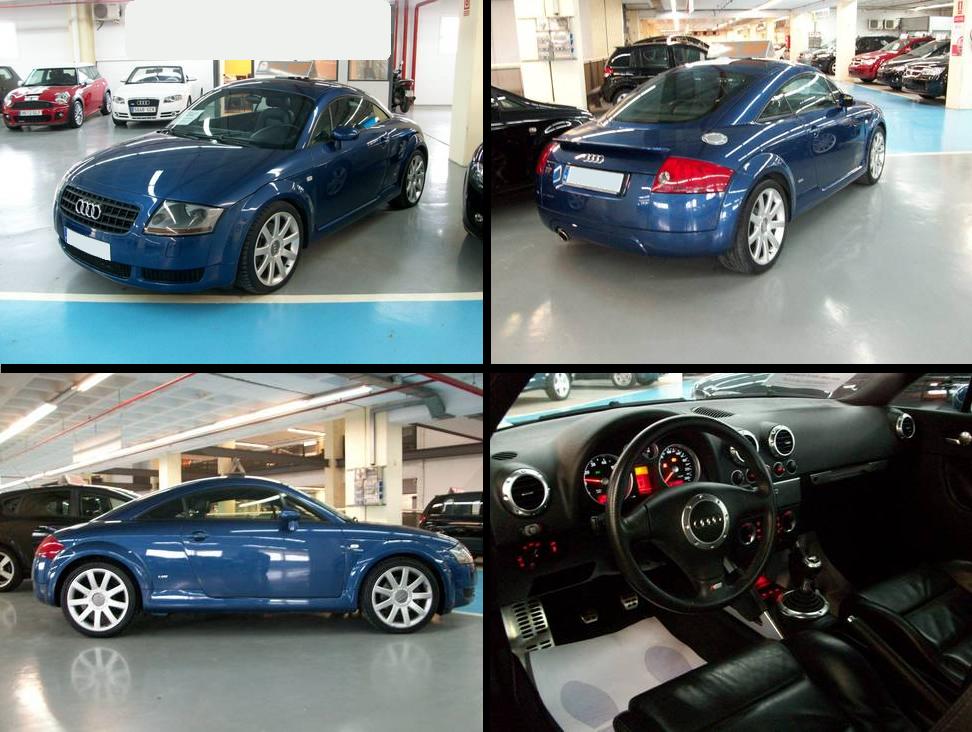 After that drive, spent about 3 months in which I could not find any other interesting TT, until I saw this on the Internet:

The status of this unit was simply spectacular, a unit in March 2006 with 30,000 km, red Missan (type of red pearl). The engine was 163 hp (the updated version of the previous 150 hp), with a performance that was almost the same (even slightly higher) to the Probe 24v, with which I was satisfied.

The equipment , was very complete, since it amounted to the standard package, the following options:

- board computers (FIS)
- S-Line interior, which includes:
- S-Line exterior:
- Exterior Package V6
So, once past a review of trust in my studio, checking the status of the vehicle was proper, and fit with the marker indicating the kilometers, I bought it.

Here you can see some photos that I do during the visit to the workshop to review the pre-purchase (must admit that the wait was long ...).
Here ... and some photos with the Ford Probe, a generation apart, two concepts and designs of sports that few people ignore ...