One of the problems typical of the Audi TT MKI is the secondary air pump. This part is responsible for supplying air to the engine when it is cold (eg when starting in the morning). The problem manifests as excessive noise when operating this pump.

The origin is that the pump housing is coupled with rivets 5 which eventually become damaged, causing noise (and air) escaping from the pump. The solution is relatively simple to remove the rivets and screws put more consistent.

In my case, 3 of the 5 rivets were bad. To avoid having to remove the pump, change only the defective. If in the future again cause problems, we will change the remaining 2. The procedure was as follows:

It is necessary, since the bottom of the car, remove the plastic to access the secondary air pump.

To verify the origin noise was operated air pump, independently, through an external source. Pump connector has only two filaments, with a tester identified which of them was ground and which mass, and connected to the source, giving 12v. consumption is high (the source marked 6A and motor spinning too fast).

With this method we found that the problem was actually rivets (specifically 3 of them) not properly sealed housing, which originated noise.

Thus, these three were removed rivets defective and replaced with 3 screws (with the corresponding nuts), with which the pump casing remained completely closed. 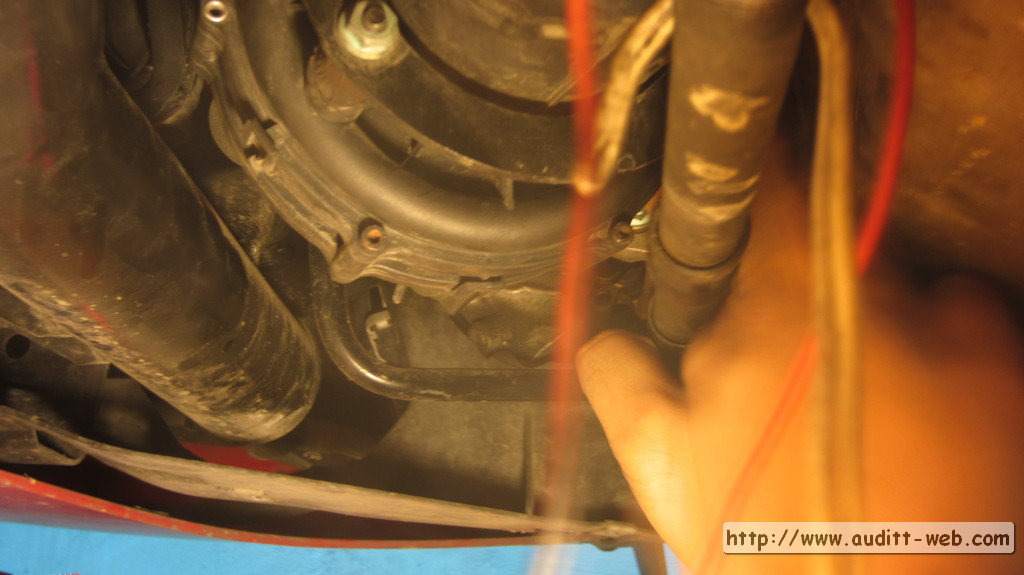 What remains is only replacing the lower protective cover, and now we can forget the noise on cold engine starts.